Places To Visit In Phuket

TIPS AND GUIDE ON LINE

Places to visit in Phuket considered the most beautiful island in Thailand and in the world,

in fact it is one of the most chosen destinations  over the world,

landscapes and paradisiacal beaches, many islands to visit, national parks immersed in the tropical forest, activities of all kinds, a vast choice of excursions with the possibility of combining sports and different services.

a long road that is closed to traffic from 6 pm until the early hours of the morning to be assaulted by the many tourists.

In the walinking street of the city you will find bars, pubs, discos and lap dance clubs all over the street and in the central areas of the city with hundreds of restaurants,

Famous Shows of international fame with breathtaking scenery or watch the many sex shows, the most famous of all, the Ping Pong Show.Places To Visit In Phuket

THE CITY OF PHUKET

Phuket Town is the most important and largest city of the island born in the 19th century thanks to the trade of the pond with a population of about 80,000 people the city develops on the east coast of the island with a large and equipped port, characterized by special and extravagant roads such as Ranong Road.

Many things to see like the temple of Wat Put Jaw, the road of the murals,

the beautiful small Thalong Road with typically colorful colonial buildings that enliven the streets of the old city.

One more destination not to be missed is Phuket Trickeye Museum where you can take extravagant and special photos with 3D works able to create sensational optical effects,

and to project the observer directly into the work, the Phuket market is very interesting and curious. 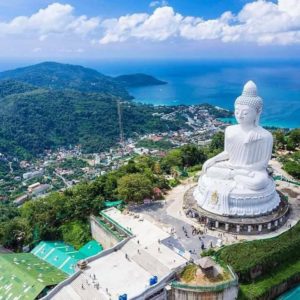 One of the greatest representations of the Buddha ever made since the year 2000 of a brilliant white colorfor the use of marble,

all over the southern area of the island of Phuket.

The site is easily accessible by a scooter and once you reach the area of Chalong just follow the signs on the road, the huge statue in continuous construction thanks you have funds that receives over the island ,admire the beautiful surrounding landscape in addition to the small works on the site.

Inside the building is possible to receive a blessing in the typical Buddhist method,

or to sign one of the many tiles that form the surface of the statue.

One of the largest and most revered temples of the local population is the Wat Chalong built in 1837, not far from the Big Buddha and only 5 km further along the same road.

The Temple is composed of several religious structures with a typically oriental appearance,

and the building more important is the large chedi, called Phra Mahathat Chedi.

Inside it, on top of a plume that can be reached through stairways that can only be walked without shoes, is kept a fragment of a bone of the Buddha.

going up on the balcony you can admire the complex and maybe witness the explosion of firecrackers in a special structure for a new blessing.

VIEW POINTS ON THE ISLAND

Once on the island of Phuket whit a scooter rented at a low cost, you can admire the beauty of the landscapes that offer the various view points scattered all over the island located near the main roads and therefore easily accessible, one of the most popular is the view point of katha beach where the view extends to Patong Beach.

Without doubt the most striking is the view point at Phromthep Cape,

is the view point that overlooking the bay of Limsing Beach.

BEACHES AND SUNSETS NOT TO BE MISSED

In Phuket, from some of the many beaches on the island, you can admire fantastic sunsets in amazing colors, the best time, thanks to the excellent weather conditions with no rain, it goes from November to April.

One of the most beautiful and wild beach is Freedom a secret beach completely immersed in the tropical forest,

can be reached on foot by crossing an evocative scenic route or by renting the classic boat called Long Tail Boat from Patong beach.

Places To Visit In Phuket with 20 minutes of navigation you can reach the beautiful bay characterized by from the fine white sand bathed by the turquoise-colored crystalline sea especially during the high season when the climatic conditions are optimal giving life to typically tropical landscapes.

free Transfer from the center of Patong. 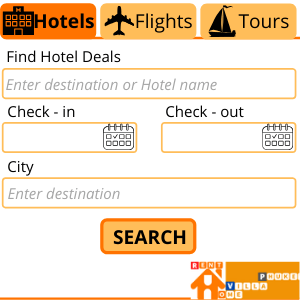